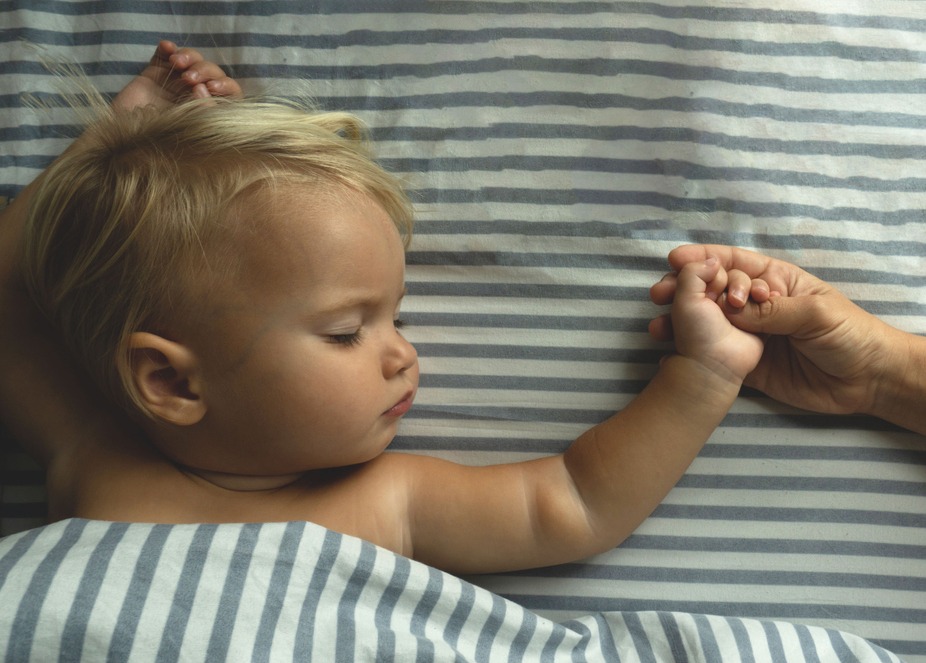 We’ve all been there… the baby just won’t settle, we’re exhausted and desperate for just a few moments of quiet. It’s during times like these that we often turn to impractical solutions.

So, just how far are we prepared to go to get our little ones to sleep? We spoke to some worn out parents about the lengths they’ve gone to.

Driving around in the car at 4am

Lucy, a mum of two from Bristol, told us about one night her in-laws were staying. She’d chosen to sleep in the lounge with her newborn, so that she didn’t disturb them.

Her daughter, Mia, fed all night and didn’t sleep. By 4am Lucy was exhausted, and in desperation, she decided to drive around in the car with the baby, in the hope that she’d doze off.

Meanwhile, her mother-in-law heard the car drive away, panicked and rushed to tell her son that their car had been stolen. Lucy told us:

“The funny thing is, my husband was too tired to care. But his mum stayed awake worrying, until she realised what had happened, when I got back. So, no one really got a good sleep that night!”

On the plus side, she said that the car drive did at least send her baby to sleep for a while.

Holding hands until they fall asleep

We spoke to Tim, a dad of two from Portishead, who ended up lying on the floor by his toddler’s cot and commando crawling out of her room night after night. He recalled:

“It all started when my wife went back to work after maternity leave. We were both working full time and needed sleep to cope.”

Their daughter, Amy, insisted on holding hands through the cot bars while she was getting to sleep and wouldn’t let go. Each time they tried to leave, she screamed. Tim told us:

“It went on for weeks. I even put a pillow in there to make it a bit more comfortable for me. Sometimes I fell asleep too. I then had to crawl out, avoiding the creaking floorboards. If she woke up, we were back to square one.”

After a while Tim’s back was really painful from lying on the floor, so he considered putting a mattress by Amy’s cot. At that moment he realised that they needed to break the habit.

They decided to do a staggered retreat – it took weeks. First, he sat next to the cot without holding her hand, then he moved to sitting a metre away, then eventually he sat the other side of the door. It worked in the end.

Like many tired parents, Tim and his wife Pippa wondered “how on earth did we get into this situation in the first place?”

Using the noise of an electric blender

Mum of three, Katie from London, told us that her youngest didn’t sleep through the night until he was sixteen months old. She said:

“As you can imagine we were exhausted. We had tried swaddling, singing, rocking, breastfeeding – everything we could think of.”

One night she thought she’d got him off to sleep. She went down to the kitchen, where her husband James was making houmous with a hand-held blender. Katie said:

“Within minutes we heard Jack start to squawk. My husband was so frustrated he whizzed the blender down the baby monitor for a minute or so. When he turned it off, Jack had stopped crying.”

When their baby started grumbling again, her husband whizzed the blender. This happened several times and, to their amazement, he eventually went to sleep.

For months after that they took the blender to bed with them. Anytime Jack woke up they switched it on by the baby monitor and he went back to sleep.

Katie and James are eternally grateful to the electric kitchen gadget that eventually got their son sleeping through the night.

Let Zed help get your baby to sleep

At Rockit HQ, our mission is to give sleep deprived parents a helping hand.

Our latest product, Zed, can help you with situations like the above and many more.

Zed was invented to stop those drives around the block in the middle of the night. Simply put him by your baby’s feet in the cot and choose from six soothing vibrations.

Zed will make them feel like they’re in the car – in the comfort of their own bed – and they’ll be asleep in no time.

We’d love to hear about the lengths you’ve gone to in order to get your baby to sleep. Share your #GetBabyToSleep experiences with us on Facebook or Instagram.

All names have been changed at the request of our interviewees.

Return to Blog
We use cookies on our website to give you the most relevant experience by remembering your preferences and repeat visits. By clicking “Accept All”, you consent to the use of ALL the cookies. However, you may visit "Cookie Settings" to provide a controlled consent.
Cookie SettingsAccept All Reject All
Manage consent

This website uses cookies to improve your experience while you navigate through the website. Out of these, the cookies that are categorized as necessary are stored on your browser as they are essential for the working of basic functionalities of the website. We also use third-party cookies that help us analyze and understand how you use this website. These cookies will be stored in your browser only with your consent. You also have the option to opt-out of these cookies. But opting out of some of these cookies may affect your browsing experience.
Necessary Always Enabled
Necessary cookies are absolutely essential for the website to function properly. These cookies ensure basic functionalities and security features of the website, anonymously.
Functional
Functional cookies help to perform certain functionalities like sharing the content of the website on social media platforms, collect feedbacks, and other third-party features.
Performance
Performance cookies are used to understand and analyze the key performance indexes of the website which helps in delivering a better user experience for the visitors.
Analytics
Analytical cookies are used to understand how visitors interact with the website. These cookies help provide information on metrics the number of visitors, bounce rate, traffic source, etc.
Advertisement
Advertisement cookies are used to provide visitors with relevant ads and marketing campaigns. These cookies track visitors across websites and collect information to provide customized ads.
Others
Other uncategorized cookies are those that are being analyzed and have not been classified into a category as yet.
SAVE & ACCEPT